Is Bitcoin and Cryptocurrency the Future of Money? 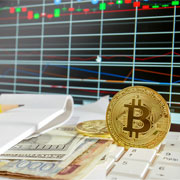 Though the concept came was introduced a few years ago, a common doubt that arises in most of our minds is "What is cryptocurrency"? Cryptocurrency is a type of digital asset, which is a medium of exchange in different types of transactions using cryptography. This medium of exchange also helps in controlling the creation of additional currency units. Though there has been a lot of talks and press releases about cryptocurrency, not many people and businesses are aware of this concept. It is important that more and more people become aware of the impact of cryptocurrency and its uses.

Bitcoin, an electronic coin, was the first cryptocurrency, which was introduced in the year 2009. Since then, several different cryptocurrencies have sprung up and are making rounds in the market. Bitcoin is a part of a decentralized and distributed digital cash system, which is measured using the digital ledger known as the blockchain transaction database. So, if your next questions are "why use cryptocurrencies" or "why use Bitcoin", then read on to get the answers for these queries.

How Does Cryptocurrency Work?

Cryptocurrency is a highly encrypted decentralized digital exchange, which uses cryptography and serves as a medium of exchange, the transactions of which are recorded in a digital ledger called blockchain. This process of tracking a cryptocurrency's transactions in a blockchain is known as mining. Bitcoin is a completely self-contained form of digital currency, which does not need any bank to store or make transactions.

It is similar to physical coins, which have value and can be used while trading, such as purchasing services and goods online or as a form of growing investment. Bitcoin can be traded from one person's wallet to another, which is stored on the mobile phone, computer, or somewhere in the cloud. Bitcoin is forgery-resistant and the process of creating a Bitcoin is so complex that it is almost impossible to manipulate the system.

How are Cryptocurrency Transactions Confirmed?

Cryptocurrency consists of a network of peers, and each of the peers has the list of all the transactions made in the past. Any transfer in the network is signed by the sender's private key after which a broadcast message is sent to the network, peer to peer. After a specific amount of time, it gets confirmed. Once the transaction is confirmed, it is fixed and cannot be reversed or changed in any case.

The job of the miner in the network is to confirm these transactions. Mining programs receive the notification, stamp it and send it back into the network. Once it is confirmed, every node will add the entry to their database and it becomes a part of the blockchain.

Popular Cryptocurrencies Used Around the World

The Future of Cryptocurrency

Over the years it has been observed that the cryptocurrencies have been highly volatile and component, especially the Bitcoin. This volatility mainly depends on the decisions taken by the United States' financial regulators on the usage of Bitcoin. However, the future of Bitcoin can be summarized as follows -

However, it is predicted that the profits once made by miners by creating new blocks will reduce to such an extent that it will be negligible. Cryptocurrency is only in its initial stages, so it is too soon to assume whether cryptocurrency will be the future of money or what will be the impact of Bitcoin in the coming years.

Partner with Flatworld to Successfully Ride the Wave of Cryptocurrency

With cryptocurrencies such as Bitcoin making waves in this digital era, it is important for businesses to realize its significance and stay equipped to leverage its benefits. At Flatworld Solutions, we understand the importance of digital currency and the impact it can have on business transactions. So, if you are planning to explore the benefits of accepting cryptocurrency as a mode of payment, then you are at the right place. We have the required expertise to provide you with consultations to choose the right type of payment gateways to reap the benefits digital currency has to offer.

Our cost-effective services have helped several companies to grow their businesses at an exponential rate. Feel free to get in touch with our experts today to discuss different aspects of using digital currencies for your business.