Top 7 IoT Predictions to Look Forward to in 2020 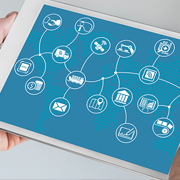 Internet is engulfing all technologies at a brisk speed, resulting in the creation of a world where every other thing relates to the internet. The internet is no more limited to just computers, smartphones, and tablets. It has now touched hearts of several other devices and is making our lives more convenient by enabling us to communicate with devices with ease and simplicity.

The phenomena 'Internet of Things' is an umbrella term used to describe devices that relate to internet. Today, Internet of Things has become a mainstream topic and the technology world is striving hard to make key inroads towards development of IoT.

It is expected that spending on IoT will reach $772 Billion by 2018 resulting in stratospheric development of IoT. But what does the future hold for Internet of Things?

This is an exciting phase for IoT. The world is awakening to the potential of IoT and is embracing it at a tremendous speed. Tech giants are investing massive capital in developing IoT while some of the best minds across the world are focused on pushing the limits of this eco-system.

The upshot? IoT is developing immensely and we are all geared up to witness some breathtaking changes in the upcoming years.

Want to know top IoT predictions for 2020? Here we make seven for Internet of Things predictions which reflect a lot about the future of IoT and how it will look by 2020.

Want to Tap IoT's Potential to Leverage Your Business? Flatworld Solutions Can Help You!

If you are looking to tap into the potential of Internet of Things, future trends of IoT, then Flatworld Solutions is the right place. Here we help you to know how to customize your business to gain maximum returns from IoT.

So, get in touch with us to know how your business can gain from the boom in IoT.