Top 5 Android Development Blunders That Can Ruin Your Android App 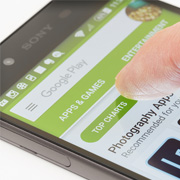 The android is by far the most popular operating system in the world right now. With more than 86% of the market under its belt, the Android OS has proven to be an impressive foe for other operating systems such as Apple's iOS and Microsoft's Windows. Today, Android powers everything from mobile phones, to smartwatches, cars, TVs, and even refrigerators!

Due to the immense popularity of this OS, Android development has taken off throughout the world, turning first time developers into millionaires, and giving its large user base hundreds of thousands of apps to play with. At the same time, this trend of developing apps and getting to the market as fast as possible has also led to a saturation of badly coded and worthless apps.

Android Development Blunders - The Bane of the Android OS

With increased market penetration, comes increased segmentation. In the case of Android OS, this segmentation is huge as different phones and devices run different Android versions. This in turn translates into a cornucopia of screen sizes, hardware configurations, software, chip architecture, etc.

So what does this mean for the average Android developer? Even if you can test on 10-50 different devices, there is still a possibility that your app might fail to run in the hundred other variants out there!

This is probably why instead of trying to focus on things which are out of your hand; you should focus on some of the most common app development mistakes and ensure that your app runs flawlessly across a variety of devices. Always remember that QA is just a part of the process, and that the real bugs can only be avoided by ensuring that the underlying code is of the highest quality.

5 Common Android App Development Blunders and How to Avoid Them

Today, developing a mobile app is no longer as complex or time-consuming as it used to be before. Still, in many cases, either due to developer oversight or the challenges in coding, some bugs may find their way through to the final finished version of the app. Such small mistakes at a later stage can lead to huge problems, not only in terms of time and money, but can derail the entire project timeline.

Outsource Your Android Development Requirement to the Professionals

At Flatworld, we believe that to stay ahead in the android market, you should opt for developers who are experienced, and constantly trying ways to expand their knowledge. We understand that what works today might not work tomorrow, since mobile app development is an extremely dynamic field, and ensure that our development approach is a good amalgamation of creativity and wisdom that comes from experience.