5 Tools That Can Help You Develop Better iOS Apps 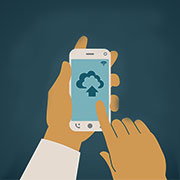 Ever since the first iPhone was launched way back in 2007, the iOS platform has become a haven of sorts for developers with dreams in their eyes and an app idea distinct from the rest. We have all heard numerous success stories of small, indie developers reaping rich rewards for developing an exceptional iOS app. From Angry Birds to Crossy Road and Downwell, there are numerous apps which have managed to capture the mass attention, and were developed by first-time indie developers.

So what sets such successful apps apart from the rest? In our honest opinion, it's all about the quality of the code and the value it adds to your customer's lives. Everyone can code using Xcode, but it's the real tools of the trade and add-ons which can help you add that extra oomph to your app.

5 Tools to Assist You With Flawless iOS App Development

As you must already know, iOS developers use programming languages such as Swift and Objective-C, within a development environment called Xcode. iOS developers can use the below mentioned tools in addition to the ones mentioned above to build unique, functional, and high-quality apps, while ensuring the overall effectiveness of the app does not take a hit.

Hopefully the above article on iOS development tools was able to help you add a few new tools to your arsenal.Interested in knowing more? Read up on this article which details out the most popular mobile application tools and technologies which developers can use to create stunning apps. As most developers would know, toolsets, when used correctly, can help you save not only time and money, but also help you develop better. At Flatworld Solutions, we consider ourselves iOS development specialists. We strive to build iOS apps which actually make a difference to your customers' lives.

If you have any inputs, or would just like to get some outside help to develop your app, feel free to Contact us.