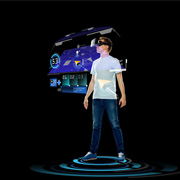 Augmented Reality (AR) and Virtual Reality (VR) are among the technology buzzwords which are making news headlines lately. With a broad spectrum of applications of both, AR and VR, these two technologies are increasingly used in an array of industry verticals and technology solutions. While AR and VR differ a lot from each other in both application and usage, the Microsoft's newest gadget "Microsoft HoloLens" is expected to bring the VR and AR together to offer the users a unique pair of headsets. However, the introduction of the Microsoft's HoloLens has a long way to go before it becomes a commercially viable device.

What is Microsoft HoloLens?

Microsoft HoloLens is among the first self-contained holographic computers, enabling the users to engage with the digital content and easily interact with the 3D holograms in the environment around you. 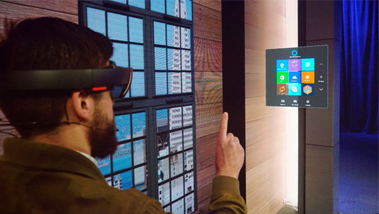 Microsoft HoloLens is among the first self-contained holographic computers, enabling the users to engage with the digital content and easily interact with the 3D holograms in the environment around you.

The HoloLens can be regarded as the virtual reality headsets, but unlike the VR headsets and Oculus Rift, the HoloLens does not transport you completely into the different world. You stay in the same environment and can easily see things around you such as chairs and walls, but there are many digital elements which are layered on the top of the physical entities around you. You do not need a specific pointing device to use the Microsoft HoloLens, instead simply by air-tapping your index finger in front of you in a REDRUM manner, you can select the things and also let them go. HoloLens can project the browser or other things which you want to view on the blank walls of the room. You can use a variety of web applications and view them as enlarged screens on the walls.

Also, the Microsoft's HoloLens is expected to make teleportation quite close to reality. Using the HoloLens, people can have face to face communication with the other person as it will allow transmitting 3D models of the people and objects anywhere. These 3D holograms would be interactive and will operate in the real-time, allowing two people interacting with each other feel as if they are sitting in the same room, even when they are thousands of miles apart from each other. The Microsoft HoloLens can be regarded as the future of augmented reality.

VR refers to the Virtual Reality, that is, something which does not exist physically, but you are able to visualize it and experience it. On the flip side, AR or Augmented Reality is the blend of the real life and VR. AR allows the users to interact with the virtual entities in the real world.

Virtual reality facilitates the real-life simulation creation to deliver an immersive experience to users in such a way that they feel, as if they are actually interacting with the digital environment around them. On the other hand, AR enhances the existing physical world with the digital enhancements to deliver an enriching experience. Thus, the major difference between AR and VR is their approach towards the physical and digital worlds around the user. 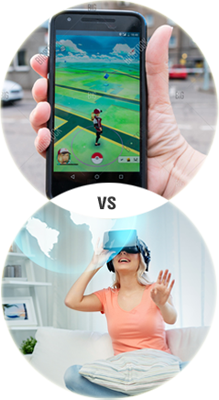 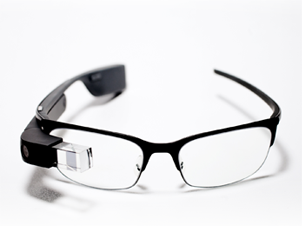 Google Glass is an AR device while Oculus Rift is a VR system. Google Glass, one of the earliest wearable tech devices offered its users a limited AR functionality. It was equipped with a small prism projector which had the resolution of 640x360 pixels, and this prism projector was powered by an outdated processor.

While Google Glass was launched as a cutting-edge AR device and it managed to captivate the tech savvy generation for a while, but the limited functionality and high price resulted in failure for the device manufacturers.

Oculus Rift launched as a high-end VR device is perhaps one of the most successful and talked about VR systems currently dominating the technology market.

The company has launched the two generations of the Oculus Rift and each generation offers its users a better set of features and functionalities. Released to the general public in March' 2016 Oculus Rift is known to immerse its users completely in its inside virtual world. 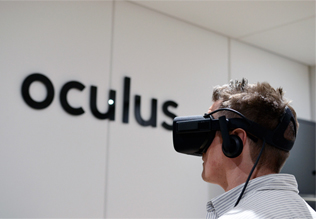 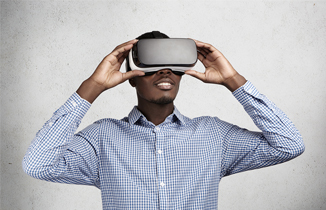 Oculus Rift is one of the best illustrations of how the VR works. The extensive Oculus Rift headset is an amazing piece of hardware designed to create a completely immersive three-dimensional virtual world around the user.

Oculus Rift offers the users a unique set of games which they can play in a three-dimensional world along with the unique ways of playing three-dimensional videos giving a larger than life experience. While Oculus Rift offers an exceptional suite of functionalities, but it is completely a virtual reality device, which has nothing to do with the physical world around the user. 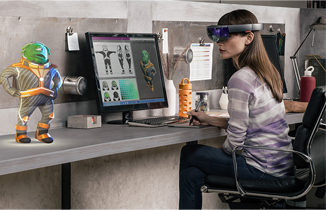 Microsoft HoloLens, as anticipated is going to be a perfect amalgamation of the AR and VR technologies. It will combine, both AR and VR in such a way that users will get an astounding experience of the things around them with the digital elements.

Microsoft, with its HoloLens is trying to fetch the best features from both AR and VR, that is, HoloLens will feature a wide FOV (Field of View), which is typically associated with the VR devices along with a transparent display surface ideal for the AR applications. By bringing the best of both worlds together, the HoloLens is trying to leverage a unique approach so that it needs considerably lesser processing power as compared to the VR devices while offering better functionality and a wider range of features.

Also, the Microsoft's HoloLens, instead of rendering the photorealistic content is expected to get away with slightly lower image quality and resolution owing to the limited opacity of the displayed content. Furthermore, as there is no need for creating an illusion of reality, because it supports AR, there is significantly less hardware overhead involved as compared to the Oculus Rift. A major part of off-the-shelf technology could allow the Microsoft's HoloLens to eliminate or reduce aliasing while generating the good looking composites, as the required backdrop is already there.

HoloLens opened up an array of functionalities and possibilities in diverse industries ranging from healthcare to engineering and architecture to defense. While Microsoft HoloLens stays ahead of the Oculus Reality in many fields, but it has limited appeal in the niche of entertainment as compared to the true VR headsets such as Oculus Rift. However, to what extent does HoloLens succeeds would be visible once it's launched to the public. A lot of tech savvy people are waiting for this new gadget to get introduced.

Flatworld Solutions is a leading offshore software development firm that offers its clients pioneering software solutions which aid them spread their business beyond the boundaries what the IT infrastructure of your organization can support. From transformation and IT strategy to organization-wide software application development, we optimize both business processes and technology to work towards the growth & the development of your organizations. We offer a broad array of custom software development services at competitive prices without compromising on the quality of the developed solution. Get in touch with our team to get a customized solution.