Magazine Columns - The Backbone of a Good Magazine Design Layout 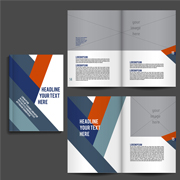 Technological advancements are being made at a rapid pace today, and while paper and print technology have given way to mobile handhelds and online subscriptions, magazines still manage to retain their otherworldly charm.

While a lot of people are attached to the emotional aspect of it all and profess about feeling it, touching it, and smelling it, the real reason behind why people are still attached to magazines is much simpler. Magazines are glossy, colorful, and capture attention easily. Their graphical presentation is still unmatched since most magazines are still larger than your average phone or tablet.

The Magazines of Today

Magazine retail sales might not be touching the roof but are still holding the fort in the face of a widespread digital onslaught. Magazine layouts are beautiful to look at and still remain practical, a major reason why magazines are still getting business amounting to 85 million dollars in 2016 in the USA alone! In fact, the number of magazine readers in the US has gone up since 2012 too!

So what keeps this print medium alive and thriving? Most magazine publishers would suggest that it is the way a magazine is structured and presented that makes it so useful. In fact, the popularity of a magazine is measured by not only its overall design and print quality but also the way the columns are laid out, thereby allowing for a more cohesive feel. Professional magazine design layout creation is a skill that is highly sought after, and in this article, we will try to deconstruct the importance behind magazine columns and how they impact magazine design layout ideas.

Magazine Columns - Influencing How We Read

Magazine columns are an important design element which cannot be overlooked. More often than not, publishers like the magazine to contain as few columns as possible. This is the reason why in most magazines the cover story or the main story is generally of two columns, portraying its importance while still looking elegant in nature.

Less important stories, however, have their work cut out, and can generally be found to be laid within 3 or 4 columns. Mostly it is because these stories are short. In some other cases, you might even find several different kinds of columns mixed on a single page. Let us see how magazine columns influence the overall magazine layout -

A great magazine is not only reliant on a well-designed magazine layout template but also great content. After all, at the end of the day, magazines are meant to be read. As a designer or publisher, it is, therefore, your role to not only ensure the attractiveness of the content but also prop it up with a suitable magazine layout. In many cases, a great layout design can even make bad content look good, while constantly shaping the ideas presented within.

At FWS, we believe that the best magazine designs are the ones that are created to inspire and complement the content within. With 19 years of experience in various creative design behind us, we are confident in the ability of our designers to take your content and ideas and shape them into something real and tangible.

Contact us right away to learn more about how we can aesthetically compliment your existing ideas and words while benefiting from our exceptional suite of magazine design layout services.