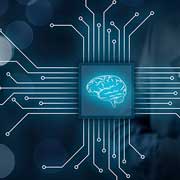 In this digital era of instant image sharing, it's essential to get your tech ready to talk the language of images. While it is easy for our brains to process what an image means and what it signifies and correlates to, getting a machine to do the same is a complicated task. Computers view images as 2D arrays of numbers to decipher them. If we include colors, then it becomes a 3D array where the last field signifies the RGB value. Their job is to take a regular image as input and provide a classification output, similar to the processes followed by the human brain. This is where convolutional neural networks (CNNs) are born.

This guide on the convolutional neural networks talks about how the 3-dimensional CNN replicates the simple and complex cells of the human brain, including the receptive fields that humans experience through their senses. We will first address what CNNs are, their structure and biological connections, and their optimum functionality.

What are Convolutional Neural Networks?

Let's start with what CNNs are. Like the way our brains identify objects when we see a picture, computers also should recognize objects in the same manner. However, there exists a huge difference between what a human brain sees when looking at an image and what a computer sees. To a computer, an image is just another array of numbers. Each object has its pattern and that is what the computer will use to identify an object in an image.

To explain convolutional neural networks in simple terms - just as parents train their children, computers are also trained by showing a million images of the same object so that their ability to recognize that object increases with each sample.

The true catching-on of CNNs came with Alex Krizhevsky winning 2012's ImageNet competition wherein he used the networks to reduce the image classification errors from 26% to 15%. This substantial drop was considered a turning point in the history of digital image classification. Since then, several digital giants have used CNNs in functionalities that will help their businesses grow, such as Google, Amazon, Instagram, Facebook, and Pinterest.

Let's start with the top layer -

How are CNNs Integrated with Deep Learning to Create World-class Applications?

Companies may find it difficult to integrate convolutional neural networks and neural networks into production-ready applications. Multiple factors need to be taken into consideration to make this happen, such as -

It is advisable to map the major architectures of networks that deep learning offers, with major architectures of CNNs. You could perhaps adopt the strategy of "transfer learning" to build a set of images and then train the selected network architecture in the specified data set. Essentially, for smooth integration, you must ensure that you follow these steps -

Simple applications of CNNs which we can see in everyday life are obvious choices, like facial recognition software, image classification, speech recognition programs, etc. These are terms that we, as laymen, are familiar with, and comprise a major part of our everyday life, especially with image-savvy social media networks like Instagram. Some of the key applications of CNN are listed here -

We have aimed to explain the basics of convolutional neural networks. As you can see, CNNs are primarily used for image classification and recognition. The specialty of a CNN is its convolutional ability. The potential for further uses of CNNs is limitless and needs to be explored and pushed to further boundaries to discover all that can be achieved by this complex machinery.

We have a unique and strong understanding of convolutional neural networks and data science. Our team of experienced data scientists works with companies across the globe to help them understand this space better and carve out solutions that work.

Avail your free quote now to understand how we can assist you. We look forward to discussing your CNN requirements.