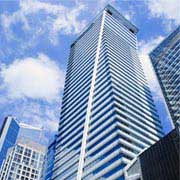 The BPO (Business Process Outsourcing) industry, since its inception in 1999, has become one of the pillars of the Philippines economy. According to the 2014 Tholons Top 100 Outsourcing Destinations report, Manila, the capital of Philippines, unseated Mumbai (India) as the No. 2 outsourcing destination in the world.

Note: All data and projections are according to IBPAP (IT and Business Process Association of the Philippines)

To understand the rise of Manila as an outsourcing destination, we need to look at several factors which have played a part in its success, and how it resulted in the growth of the country's economy.

Outsourcing to Manila has received a huge boost owing to the young demographic of the country, where half of the population is 23.5 years old or younger. In comparison, Japan has a median age of 46.1, while Thailand has 36.2.

Most of the young people in Manila grow up with an impressive linguistic diversity, especially English, owing to the fact that during various periods of world history, Philippines was either under the rule of the British, Japanese or Spanish. To top it off, most of the schools, especially in Manila, are English medium and children grow up listening to English pop music, and watching American TV shows.

Ever since India took off as a preferred global outsourcing location in the mid-to-late 90's, the Philippines government has taken up an active role in clearing the way for the growth of BPO Industry in the country.

This has resulted in an ever-expanding infrastructure investment by the government into Information Technology Processes and Business Process Management, which has in turn resulted in generating more jobs in retail, public transportation and other service industries.

As of 2012, BPO workers earned $8,849 on an average while working in the call centers in Manila, which was almost three times the minimum wage in Metro Manila.

Because of a historically weak economy, job opportunities for hundreds of thousands of people in the Philippines have been tough to come by, which resulted in a significant portion of people to migrate overseas. But with the advent of the Outsourcing boom, and the rapid growth of BPO industry, more local opportunities are now available to the general population consisting of highly skilled workers, especially in Manila. Outsourcing to Philippines has seen an especially rapid growth in the following verticals -

Services for data entry in Manila have seen a huge boost owing to excellent infrastructure and government investment into IT development, including investments by The Philippine Long Distance Company (PLDT) for high speed internet. As a result, Data entry services, including filing, encoding and processing data is faster and more efficient than before, and has seen a surge in outsourcing demand especially from Australia and New Zealand owing to the favorable time zones. Currently, data entry services are outsourced to Philippines for a wide array of industry verticals such as medical claims, finance and accounting, logistics, insurance claims, legal documentation etc.

BPO in Manila owes its success to a predominantly English speaking workforce. Philippines' cultural affinity towards western traditions and a strategic geographical location has led to its growth as an ideal outsourcing destination, enabling easier coordination and communication between businesses and clients. The government, through various programs such as Expanded Learning on IT Services (ELITES), and Active participation in Advanced English Pre-Employment Training (AdEPT) has also supported the steady growth of call center services.

Over the past few years, even as call centers form the largest share of outsourcing sector in Philippines, there has been a steady rise in outsourcing graphic design services to Manila. Close to 70% of the graphic design businesses are based out of Manila, making it the epicenter for creative design outsourcing; including desktop publishing, artwork, illustration, animation, graphic design, and typesetting services.

Philippines as a nation, is instantly recognizable by its rich colors and elegant tones, and the rise of graphic design in Manila can be attributed to a highly talented and knowledgeable workforce.

The Future of Outsourcing to Manila

There is no doubt that after India and China, Philippines is well on its way to becoming the next Asian outsourcing miracle. In Metro Manila itself, Eastwood City - an IT Park, has more working employees than anywhere else in Philippines - a staggering 60,000 people working in around 60 companies.

Combining strong infrastructure with an inherently resourceful work ethic, talent resources in the Philippines can successfully implement complex outsourcing projects, in turn resulting in 30% YOY increase in outsourcing demand, as of 2014.

At the same time, although highly successful, BPO in Philippines is still in its growth phase and can offer scale-up challenges which can be easily negated by outsourcing elsewhere. Recognizing this, Flatworld Solutions has its branches in both Philippines and India, as part of its global delivery network, and recruits the best available local talent to serve diverse needs. With over 18 years of experience in working with clients from different industry variables, we ensure that the quality of our work never suffers due to unforeseen challenges while scaling up, or when facing a resource crunch. For our clients, this global versatility ensures that a project will never get delayed, and that the quality of work never suffers.

Contact us today and leverage the benefits that come associated with a truly international offshore service provider.

The growth of Philippines economy is directly related to how the BPO industry has managed to make its presence felt in the island country.