Growth of Rural BPOs in India 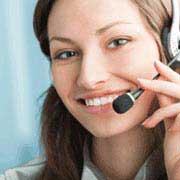 Ever since BPOs started to boom in India, they have provided employment to the mass population aside from putting India on the global map in outsourcing. BPO services in metro cities now seem to be focused more on high-end / knowledge based services while there's been a silent shift happening to smaller Indian towns with the emergence of Rural BPOs. Outsourcing trends are changing and rural outsourcing is seen as a cost efficient alternative to running outsourcing operations in bigger cities.

New BPO Trends: Why are BPOs moving to rural areas?

BPO trends are changing - outsourcing to India was once considered to be the norm as India provided a low cost, English - speaking workforce. This is no longer an advantage as several alternatives are available around the globe. Plus rising salaries also didn't help cost-sensitive BPO operations. These, along with other reasons have prompted companies to look at rural locations as an attractive alternative for outsourcing BPO services.

Rural outsourcing is cheaper and though the workforce gets similar perks as those in the cities, the overall salary structure is much lower than in urban locations.

What benefits do Rural BPOs bring?

One of the biggest benefits that rural BPO services bring is employment to villages and small towns. They also mitigate the risk of BPO jobs moving to alternate locations like Philippines, South American countries etc., thus ensuring the growth of BPO in India. A huge chunk of the local population also gets employment in a hi-tech sector that is otherwise not present in big numbers in rural locations currently.

On the face of it, setting up a rural BPO operation looks lucrative and easy to set up, the truth is far from it. The rural location should have a good system of infrastructure such as high-speed internet, access to manpower and telecommunication systems. Also, it should be close to bigger cities to enable easy movement of materials and clients.

Some salient features and challenges of Rural BPOs include:

One of the key aspects with rural BPOs is that it provides employment to villages and smaller towns. Though it may not be as huge as that in the bigger cities, they source resources and manpower locally. This has led to many youth going back to their villages after they had migrated to bigger cities for job opportunities.

Though BPOs in rural areas suffer from obstacles like poor infrastructural facilities, lack of internet connectivity and electricity, experts are of the opinion that they are highly sustainable as they are cost efficient. They are proving to be lucrative to both employers and the locals as they have enabled a large rural population to earn and live with dignity. Further, the gap between the metro cities and rural locations has also been reducing and has imbibed true concepts of globalization into India's rural roots.

Rural BPOs have kindled the entrepreneurial spirit of many in India and are surely changing outsourcing trends in India. However the growth is small but steady. Only time will tell if rural BPOs can bring in bigger growth to thousands of smaller towns in India.

Key factors to take into account when outsourcing work offshore.

Must-read articles for anyone learning about or interested in outsourcing.

Key factors to take into account when outsourcing work offshore.

Must-read articles for anyone learning about or interested in outsourcing.

An overview of the fastest-growing outsourcing destination.

The future prospects of outsourcing

The prognosis for outsourcing, and the possible shape of things to come.