10 Benefits of Outsourcing to the Philippines 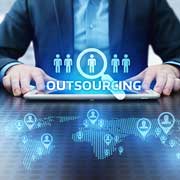 The outsourcing industry in Philippines is the economic lifeline for the entire South-east Asian country consisting of more than 100 people from different ethnicities. The BPO companies in Philippines employ more than 2 million people, and account for the biggest boost to Philippines economy along with foreign exchange remittances. As a result, this tiny island nation is posing as a strong competitor to established global BPO players such as India. In fact, many sub-industries such as the call center industry have already taken over India, as Metro Manila moves up the ladder in many other sub industries.

In the past decade itself, outsourcing to Philippines has seen a 30% growth as compared to the previous year and the future looks extremely promising as Deloitte predicted that Philippines may increase its share of the BPO pie to 20% of the entire global market generating more than $50 billion in revenue! So, what makes outsourcing services to the Philippines a great deal for companies around the world? Let's have a look.

The Top 10 Key Benefits of Outsourcing to Philippines

Some of the hottest outsourcing markets in Philippines right now include call centers, SEO, IT Services, Internet Marketing, and Virtual Staffing Solutions. In fact, one of the key advantage of outsourcing to Philippines is that it is extremely small business friendly, as it costs as less as $2000 to operate a team of employees. The industry right now is on the up and up and has a lot to offer in terms of reliability and security when it comes to outsourcing to Philippines. Some of the key benefits include -

1. Great Costing
Without a doubt, one of the advantage of outsourcing to Philippines is the pricing itself, which in turn is the biggest reason behind why companies outsource. Not only is the cost of labor in Philippines almost half of that in the US or UK, but as a business owner, you save on other tertiary costs such as paying for an office space, legal and HR costs, latest equipment, taxes, etc. more often than not, business owners can save up to 60% in costs simply by outsourcing to Philippines.

2. Neutral Language
Compared to India, Philippines has a considerable advantage when it comes to language, as English is an official language in the Philippines which is used in conversing on a daily basis. Therefore, the BPO industry is full of workers who can speak great English in accents very similar to the US. This neutral accent and mode of speaking works great for voice-based services such as call centers and virtual staffing. Broadcast based in US and UK also find it easier to work with Philippines based service providers, as language never becomes a barrier.

3. Better Access to Talent
While there is no dearth of talented individuals in countries such as India, head-hunting and getting access to talented individuals definitely become a task. Compared to this, in Philippines, companies can hire a skilled, ready, and willing workforce much more faster. A lot of it has to do with the way the education system in Philippines closely follows that of the US, ensuring you also know what the exact skill level of an outsourced employee is. According to an ASEAN Briefing report generated recently, more than 450,000 students graduate from universities and institutes every year. On top of that, the Philippines government sponsors various state-run courses in the universities which facilitate BPO-industry relevant skill sets for interested students.

4. Young, Vibrant Demographic
Philippines has a very young population, with the average age in the country being 23 years old. This demographic has grown up in a world with technology, and therefore has an innate understanding of how technology can be leveraged for better business solutions. Many of the youngsters also have access to top-level education preparing them for the BPO sector, thereby facilitating their entry into the marketplace equipped with the right skillsets to succeed.

5. Reduced Legal Liabilities and Management Issues
One of the unfortunate side-effects of running a business is leaving your processes open to legal liabilities and frivolous lawsuits filed by in-house staff. However when you outsource to Philippines you absolve yourself from all such troubles as all these outsourcing companies are legally very strong so as to ensure their customer and client relations remain perfect. They also support you by allowing access to a strong HR and management team who can help you easily set up and assign training projects, task allocation, tax returns, etc. This ensures that at all time you can focus on your business.

6. Cultural Influence
Philippines is one of the very few Asian countries which has a healthy mix of both South-East Asian and Western influences. A lot of it has to do with the fact that Philippines was a former colony for Spain, Mexico, and the US at various points in its history. Therefore, the people of Philippines have grown up watching Western media and have a lot of similarities with their culture. US pop culture is also extremely well-received in the Philippines, and while it may be a small factor in the overall scheme of things, the truth is that this cultural similarity plays a big role in ensuring outsourcing works right out of the box when you work with a service provider based out of Philippines.

7. Data Privacy and Security
The Philippines government has been extremely crucial in ensuring that the BPO industry in Philippines is able to thrive and grow by ensuring favorable legislations and laws are passed to facilitate the same. Since outsourcing operations usually include the sharing of confidential data, the data privacy act passed by the Philippines government in 2012 ensure the privacy standards are up to international standards. According to this act, there are strict regulations in place to protect valuable confidential data from unauthorized access as a result of which industries such as Healthcare are now looking at Philippines as a viable outsourcing destination.

8. Strong Government Regulations
The BPO industry is a strong economic pillar in Philippines as we established before, and as a result the Philippine government has done a great job of recognizing the potential of BPO industry and facilitating its growth by enabling both infrastructure and policy development. This includes partnering with universities to create BPO specific curriculum, setting up TESDA (Technical Education and Skills Development Authority) which helped in funding call center training centers and has a unique voucher system, tax incentives and SOPs to support foreign investment, and the creation of the National information and communication technology council to further the growth of the industry.

9. High-quality Deliverables
According to many independent research publishers, the BPO industry in Philippines regularly ranks at the top of service delivery quality surveys conducted amongst clients from across the world. Performance efficiency is central to ensuring the country was able to touch 1 million employed BPO workers in a span of 4 years.

10. Better Quality of Life
Compared to India, Filipinos have better access to amenities and an overall better quality of life when they begin working in the BPO sector. Thanks to the proliferation of the industry, people do not need to go out of their own country in search of jobs, ensuring they live together with their families and close to friends. As a result, over the years the quality of life for an average Filipino has drastically improved, which in turn has spilled over into the local economy in a big way.

Choose Philippines as Your Next Outsourcing Destination with FWS

Philippines over the years has become one of the most sought-after destinations for outsourcing as it has a combination of many suitable factors which are ideal for businesses worldwide. Flatworld's delivery center based out of Philippines helps you get access to the best local talent and services at cost-effective rates so you can begin outsourcing as soon as possible.

Contact us to know more about how we can help you navigate the waters and enter the favorable Philippines outsourcing landscape.